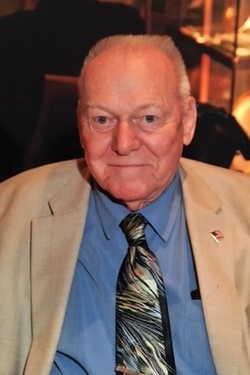 
Mr. Payne was born on July 7, 1931 in Janesville, WI. He was a son of William and Bertha Inanda (Crooks) Payne. He married his college sweetheart, Shirley Norene Herrmann on April 13, 1957 in Rhinelander, WI.


He was preceded in death by his parents, his youngest daughter, Kerri N. Mellum and three sisters, Doris, Ruth and Katherine.


Mr. Payne was a Veteran of the Korean War serving in the Army from 1952-1954. Following his military service, he graduated with a bachelor’s degree in biology from the University of Wisconsin-Whitewater in 1958 and started his teaching career at Dundee High School in Dundee, Illinois. He then began working in industry as an engineer at Oak Manufacturing in Crystal Lake, Illinois. Discovering that he missed working with students, he returned to teaching at Barrington High School in Barrington, Illinois teaching physics and then electronics and chemistry until his retirement. During his time at Barrington he continued his education at Northern Illinois University earning a master’s degree in Educational Administration. He also served on the District 300 school board in Dundee, Illinois for seven years. After his retirement from teaching in 1992, he continued to substitute at Barrington High School and later at Arcola High School. Through his teaching he touched the lives of hundreds of students, several of whom have stayed in contact with him and occasionally still visited him. He was a member of the Congregational Church of Algonquin, Illinois where he enjoyed singing tenor in the choir for many years.


To order memorial trees or send flowers to the family in memory of William Payne, please visit our flower store.