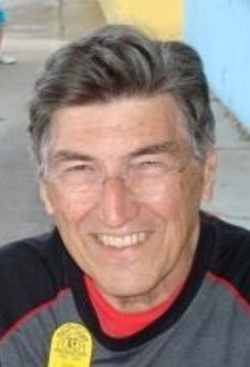 Funeral services were held last week at the Grace Family Church, 5101 Vandyke Rd., Lutz, FL, there was a visitation prior to the service. Private burial will be held in the Hugo Cemetery in Hugo, IL. The Edwards Funeral Home is assisting with arrangements.

He is survived by his wife, Janet McGrath; one son, Paul McGrath and his wife, Brandy of Lutz, FL; one daughter, Melinda Cook and her husband, Hans of Atlanta, GA; four grandchildren, Alexis, Kendall and Belle Cook and Liam McGrath; one brother, John McGrath and his wife Jody of Arthur, IL; and two sisters, Marianne McGrath of Orlando, FL, and Paulette Hammer and her husband Wayne of Hugo, IL.

Ed was first and foremost a Christian, husband, father, son, brother, and grandfather. He was a founding board member of Missionary Ventures International, an ambassador of the Christian Motorcyclists Association, and a partner for over 37 years of Bissett McGrath Properties of Tampa, FL.

In lieu of flowers memorials may be made to the Proverbs Project in care of Melinda Cook, 102 Keswick Manor Drive, Tyrone, GA 30290.

To order memorial trees or send flowers to the family in memory of William McGrath, please visit our flower store.
Send a Sympathy Card