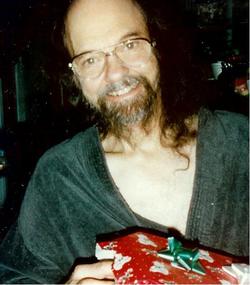 He was born September 15, 1941 in Geneva, Illinois, the son of Justin McCraigh and Lavanoria Gabrenas.

William was a 1959 graduate of Naperville Central High School. He attended the University of Illinois and lived most of his adult life in Urbana, Illinois. His friends knew him as “Wild Bill.”

Bill was a man of many passions. He was an avid collector of automobiles and motorcycles. He enjoyed spending time outdoors, never missing opportunities to fish or hunt mushrooms. Bill had an affinity for animals and lived with countless pets during his life. He dabbled in art, carpentry, and gardening.

In his final years, Bill was far less “wild.” Instead, he was known for his humble and gracious demeanor. Bill deeply appreciated the friends and caregivers in his life. He regularly thanked them, and wasn’t afraid to say “I love you.”

To order memorial trees or send flowers to the family in memory of William McCraigh, please visit our flower store.
Send a Sympathy Card