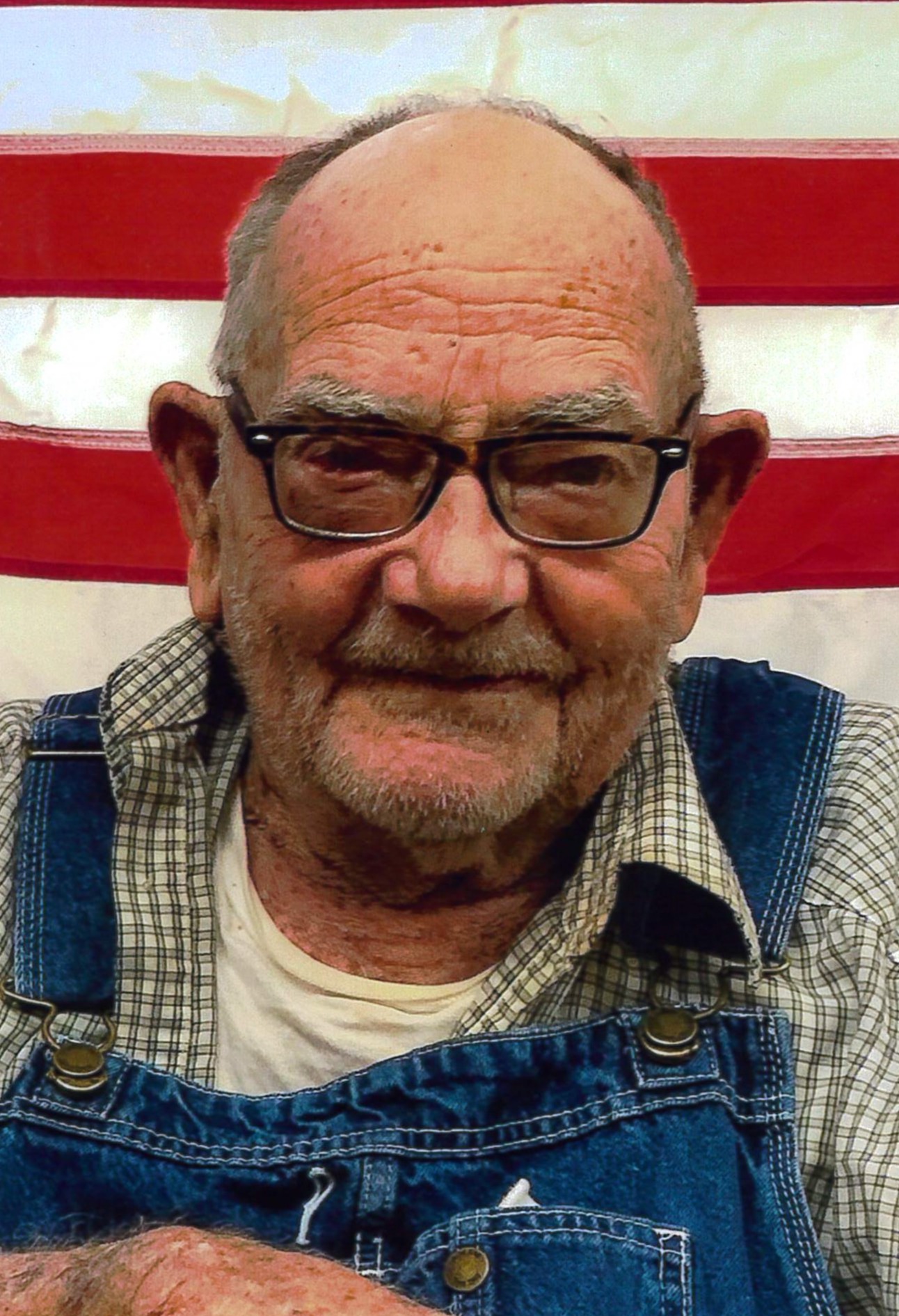 Memorial service with Military Rites conducted by the Tuscola VFW will be held at 11:00 A.M. on Saturday, February 5, 2022 at the Edwards Funeral Home in Arcola, IL. Burial will be in the Lewis Cemetery in rural Tuscola, IL at a later date.

William was born on March 7, 1932 in Galton, IL.  He was a son of George Frank and Ethel Catherine (Pigg) Mayer.

He is survived by a good friend and caretaker, James Sapp of Garrett, IL, one daughter, Scarlett Ann Moll of Bethany, IL, two grandchildren, Madison and Morgan Moll, two sisters, Rosie Crowder of Tuscola, IL and Ruth Goad of Garrett, IL, and several nieces and nephews.

He was preceded in death by his parents, one brother, Wayne Mayer and his wife Genevieve, one sister, Alberta Catherine Stewart and her husband Bill, and brothers-in-law, Charlie Crowder and Ronald Goad.

He was an Army Veteran of the Korean War Era, he measured radiation on atomic bombs in Nevada and he witnessed the last seven of the 1st eleven atomic blasts in Yuppa Flats, NV.

William had attended the Parkville Lutheran Church.  He was a member the Douglas County Farm Bureau.  He farmed and took care of the Garrett Township cemeteries for several years.

William was an avid antique tractor enthusiast and collected hit and miss engines.

To order memorial trees or send flowers to the family in memory of William Mayer, please visit our flower store.
Send a Sympathy Card