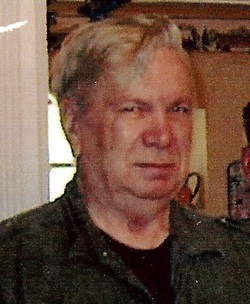 Funeral services will be held at 1:00 P.M. on Tuesday, November 4, 2014 at the Edwards Funeral Home. Burial will be in the Arcola Cemetery. Visitation will be held one hour prior to the funeral at the funeral home.

He is survived by three sisters, Thelma Oldham of Madisonville, KY, Betty Azar and Dollie Mae Irvin both of Tuscola, IL.

He was preceded in death by his parents and one brother Robert Raymond Ladd.
William was an Army Veteran of the Korean War.
He worked at Hot Point in Cicero, IL which later was bought out by General Electric. William retired from General Electric in the late 80s with nearly 40 years of service.

William was a history buff and was able to quote many historical dates and events.

He grew up on a farm in Arkansas until the age of 10, when his family moved to Illinois. William had always longed to become a farmer and admired the Amish life style.

His desire to farm made him a very avid gardener and he grew some of the biggest tomatoes that anyone had ever seen. Neighbors would often stop by and compliment his flowers and especially the yellow roses he had grown for his sister Dollie.

William never married but was a very caring and genuine man who truly loved spending time with his family who all lovingly referred to him as Sonny.

He will be dearly missed.

To order memorial trees or send flowers to the family in memory of William Ladd, please visit our flower store.
Send a Sympathy Card