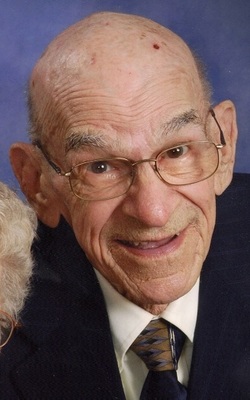 Visitation will be held on Friday, December 19, 2014 from 9:00 A.M. to 11:00 A.M. at the Arthur United Methodist Church, 128 East Illinois Street, Arthur, IL. Public Masonic Services, conducted by the Arthur Masonic Lodge 825 A.F. and A.M. will immediately follow the visitation. Funeral services will begin after the Masonic Service at the Church. Rev. Leroy Allison will officiate. Burial with military rites conducted by the Arthur American Legion Post 479 will be in the Arthur Cemetery. The Edwards Funeral Home is assisting with arrangements.

Bill was born on February 8, 1933 in Arthur, IL. He was one of three children born to William E. and Lala M. (Lamb) Honn. Bill was a lifelong resident of the Arthur area. Bill was a graduate of the Arthur High School, Class of 1951.

On October 18, 1953 Bill married Delores Jean Green at the Arthur United Methodist Church. From this union came two sons, Michael and Steven. During his work career, Bill was employed by Progress Industries in the tank division and later operated Nelson’s Pest Control in Arthur for over thirty years before retiring to Las Vegas. While in Las Vegas Bill held many different jobs with his final job being a move back to Arthur for the birth of his grandson, Clayton.

Bill was an Army Veteran of the Korean War. He was a member of the Mattoon Eagles Club, Arthur Masonic Lodge and Arthur American Legion. Bill was a lifelong member of the Arthur United Methodist Church and would have been a part of the church’s 100 year celebration next May. Bill also was active in placing American flags on the graves of veterans at the Arthur Cemetery for many years. Bill was an avid Chicago Cubs fan and while he never saw them win a world series, that was certainly one of his goals.

Bill loved his baseball and his grandson’s basketball. Bill lived for one thing and that was to see his grandson, Clayton graduate from Arthur High School in May of 2014.

Bill’s lifelong friends, Herb and Dorothy Waters, Dort and Harold Oye, Evelyn and Dan Craig, Pooch and Abe Ozier, and Barb and Dick Hein were friendships he cherished to the end.

Bill was preceded in death by his parents, wife, Delores, sisters, Mildred Hall and Phyllis Stock and one grandchild, Chad Honn.

Memorials are suggested to the Arthur United Methodist Church or the Arthur Fire Department.


To order memorial trees or send flowers to the family in memory of William Honn, please visit our flower store.