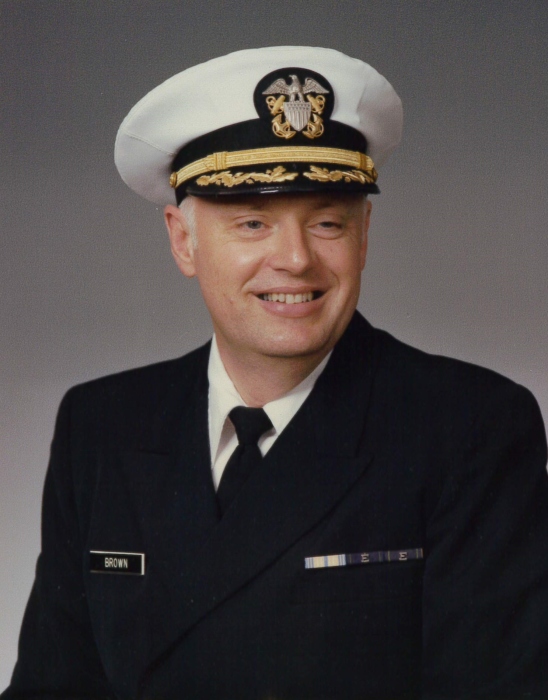 He was preceded in death by his father, K.C. Brown and one brother, Kenneth Robert “Bob” Brown.

Dr. Brown served in the United States Navy Reserves from 1963 to 1990.   He retired as a Captain (O6).  He was a member of the Association of Military Surgeons.  He received the Navy Commendation Medal.  He was a pistol instructor for the Navy and was a National Champion on the Navy Pistol Team.

He graduated from the University of Illinois College of Dentistry in 1963 and practiced in the Chicago area for 5 years.  He has served as a Dentist in Arthur, IL since 1968.  In July of this year, he would have marked 50 years of practice in Arthur.  He loved serving people and truly cared about his patients.

Dr. Brown was an avid golfer and even shot a hole in one.   He enjoyed pistol shooting and loved Illini basketball.   He was known for his incredible wit and a great sense of humor.

In lieu of flowers, memorials may be made to the Navy League of the United States or the Intrepid Fallen Heroes Fund.

To order memorial trees or send flowers to the family in memory of William Brown, please visit our flower store.
Send a Sympathy Card