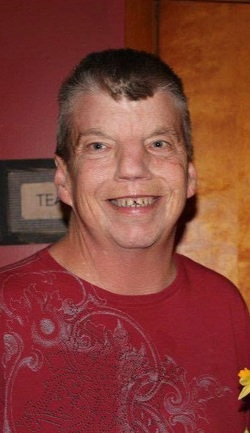 Funeral services will be held at 6:00 P.M. Sunday the 27th at the Providence Church, 708 South 9th Street in Mattoon, IL. Rev. Casey Reece will officiate. Visitation will be held two hours prior from 4:00 P.M. to 6:00 P.M. at the church. The Edwards Funeral Home is assisting the family with arrangements.

Wes was born on June 29, 1960 in Shelbyville, IL. He was a son to Marion Robert and Joline Jeanette (Orr) Chapman. He married Trish Slaughter on April 7, 1990 in Windsor, IL.

Wes was a member and a Deacon of the Providence Church in Mattoon and he worked as a LPN at area nursing homes.

He was an avid Cardinal Fan and he enjoyed fishing.

To order memorial trees or send flowers to the family in memory of Wes Chapman, please visit our flower store.
Send a Sympathy Card