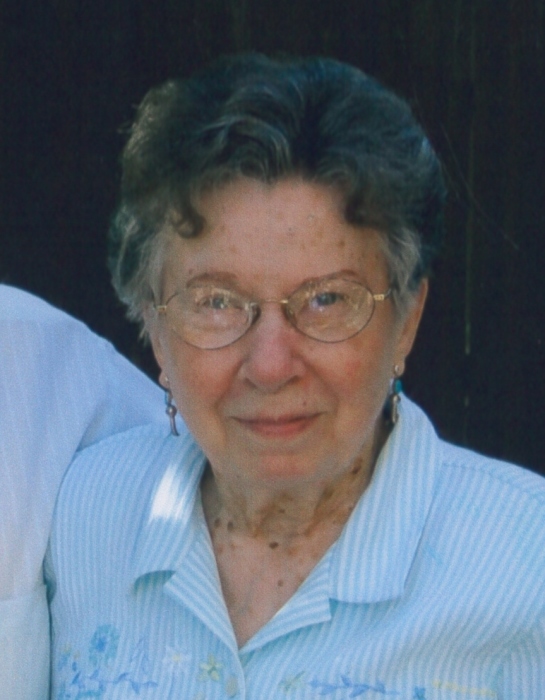 Wanda Lorraine Whipple, formerly of Arcola, IL, passed away on May 19, 2017 at Silver Creek Assisted Living Center in Garland, TX.  Wanda was born on June 4, 1923 in Chicago, IL.  She was the daughter of Raymond Rayburn and Edna Harris Rayburn of Arcola, IL.

Wanda graduated from Arcola High School in 1941.  She then attended nursing school at Walter Reed Hospital in Chicago.  Just prior graduation, she married William Neil Whipple on September 26, 1942.  Neil became a member of the US Army during World War II.  Wanda traveled from Army base to Army base within the US with him always responsible for finding a place to stay and a new job in each location.

After discharge from the Army, Wanda and Neil settled into farm life and started a family.  In 1959, Wanda became employed by Associated Spring Corporation, Barnes Group in Mattoon, IL.  She worked in Administration, Inventory Control and eventually as Buyer for purchases of 3-5 million dollars annually until retirement in 1984.

Wanda was a member of the farming community near Arcola for 40 years.  She belonged to Walnut Grove Christian Church and played piano for Sunday services.  At a later date, she became a member of the First Christian Church of Arcola.  In 1996, Wanda and Neil retired to Phoenix, AZ.  Another relocation occurred in 2003 to Garland, TX, where she resided until death.

She was preceded in death by infant son, Michael Ray Whipple; one grandson, Jeffrey Neil Whipple, and husband of 73 years, William Neil Whipple.

Funeral services will be held at 11:00 A.M. on Friday, May 26, 2017 at the Edwards Funeral Home in Arcola, IL.  Pastor Steven Stern will officiate.  Burial will follow in the Arcola Cemetery.  Visitation will be held one hour prior to the funeral from 10:00 A.M. to 11:00 A.M. at the funeral home.

In lieu of flowers, please consider a donation to your local food bank or St. Jude's Children's Hospital in Memphis, TN.

To order memorial trees or send flowers to the family in memory of Wanda Whipple, please visit our flower store.
Send a Sympathy Card