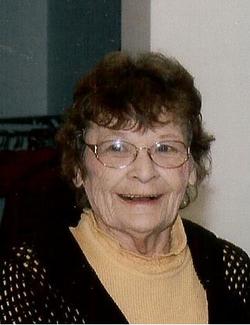 Vada was born on November 18, 1936 in Tichnor Arkansas. She was the daughter of John Hilliard, and Nellie (Crosswhite) Hilliard. She married Donald Binion on February 22, 1958, in Hernando, MS. He passed away on August 15, 2008
She is survived by two daughters; Venita Sanchez and her husband Domingo of Wilmington, IL, Laura Binion and her fiancé Jeremy McGuire of Arthur, IL; one son, Gaylin Binion, and his wife Karin, of Sadorus IL; 15 grandchildren and 17 great-grandchildren.

She was preceded in death by her husband, her parents, three brothers, one sister, and one granddaughter.

She loved spending time with her grandchildren, great-grandchildren, she also loved gardening, and fishing. She was known for her southern cooking, and famous peanut butter pie. She loved listening to country music, especially Tom Jones. The song Arkansas was one of her favorites.

To order memorial trees or send flowers to the family in memory of Vada Binion, please visit our flower store.