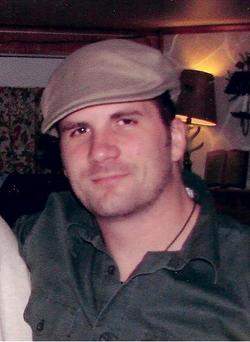 Tommy was born on August 4, 1975 in Tuscola, IL. He was a son of Paul Eugene Smith and Norma Jean York.

Tommy was preceded in death by his grandparents, Norman and Beaulah York and Mary and Billy Dix, and a special aunt, Marcella (York) Davis.

Tommy was a member of the New Life Church of Sullivan, IL.

He worked at Best Western in Arcola, IL as a Maintenance Supervisor.

Tommy had a love for music which led him to play multiple instruments. He was an avid reader and writer; he had a passion for history, literature and foreign languages. Tommy was a songwriter and wrote short stories and poetry. Tommy enjoyed weight lifting and football. He was a big fan of the Purple Riders and the Denver Broncos.

In lieu of flowers memorials may be made to Tommy’s family.

To order memorial trees or send flowers to the family in memory of Tommy Smith, please visit our flower store.