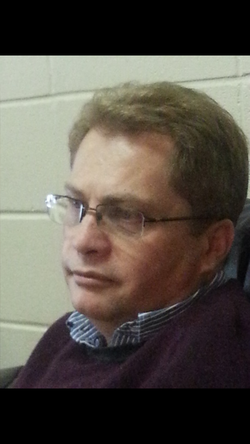 A memorial service will be held on Sunday, December 8, 2013 following the third service (at approximately 11:45 A.M.) at the Broadway Christian Church in Mattoon, IL. Rev. Greg Sexton will officiate. The Edwards Funeral Home is assisting with arrangements.

He is survived by his partner of 32 years, Michael Finney of Charleston, IL one brother, Mike Cooley and his wife Gloria of Mattoon, IL; one sister, Mickie Wamsley and her husband Greg of Mattoon, IL and two nieces, Emily Wamsley of Ypsilanti, MI and Jeana Wamsley of Effingham, IL.

Tim was a member of the Broadway Christian Church in Mattoon, IL where he sang with the praise team.

In lieu of flowers, memorials may be made to the dance and drama program at The Little Theater on the Square in Sullivan, IL.


To order memorial trees or send flowers to the family in memory of Timothy Cooley, please visit our flower store.
Send a Sympathy Card