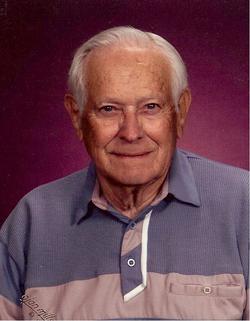 He was preceded in death by his parents, his wife Bernice, two brothers, Miram “Jess” Marlow and Darrell Marlow and a great-grandson, Zachary Padilla.

Tom was a Navy Veteran of WWII having served as a torpedo’s mate on the USS Skate, SS 305 Submarine. He enlisted at the age of 17 and after WWII he graduated from Salem High School in 1947.

Tom had worked for Skelgas in Salem, IL, distributing LP bottles and later as an appliance salesman. In 1959 he went to work at USI in Tuscola, IL and he retired from there as a machinist with over 30 years of service.

After he retired he and Bernice spent winters in Tucson, AZ and had many good friends there.

Tom was a member of the Arcola United Methodist Church and the Arcola VFW.
Tom was very devoted to his family and always enjoyed spending time with them. He had a special bond with his grandchildren and great-grandchildren.

Memorials may be made to the Arcola United Methodist Church or the Arcola VFW.


To order memorial trees or send flowers to the family in memory of Thomas Marlow, please visit our flower store.