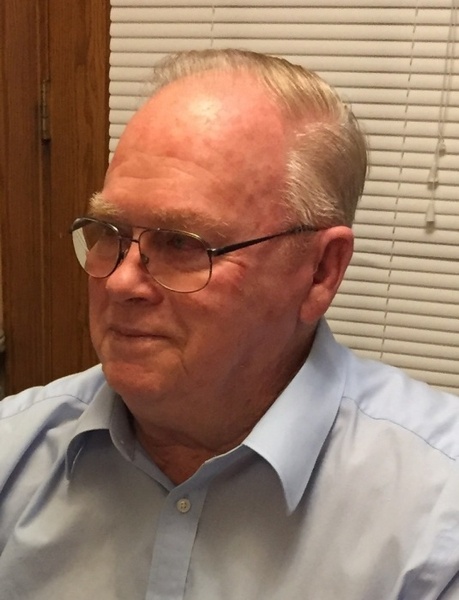 Funeral Services will be held at 1:00 P.M. on Wednesday, June 26, 2019 at the Edwards Funeral Home, 221 East Main in Arcola, IL.   Rev. Shane Beever will officiate.   Burial will be in the Embarrass Cemetery in Redmon, IL   Visitation will be held from 11:00 A.M. to service time on Wednesday.

He is preceded in death by his parents, two wives, and one sister, Ruth Wilson.

Tom grew up in Edgar County.   He enjoyed working on cars, hunting and fishing.   He had worked as a telegrapher for the New York Central Railroad and he also had worked for the Milwaukee Railroad.    He would later work as a printer for UO Colson Printing Company in Paris, IL.   He drove a bulk milk truck for Sugar Creek Creamery in Arthur, IL, and he had worked for English Grain Company in Redmond, IL.  Tom went back to work for the New York Central Railroad before moving to Arcola in 1958 when he went to work at USI in Tuscola, IL.    He retired from USI in 1992 with over 33 years of service.  After retiring Tom worked with his son David on the farm during planting and harvest seasons.

Tom had lived in West Melbourne, Florida for over 20 years.   He was a member of the Central Baptist Church in Melbourne, FL.   In 2017 he moved to Brookstone in Tuscola, IL and he really enjoyed spending time with his family, especially his grandchildren and great-grandchildren.

Memorial may be made to the American Heart Association.

To order memorial trees or send flowers to the family in memory of Thomas Boyer, please visit our flower store.
Send a Sympathy Card