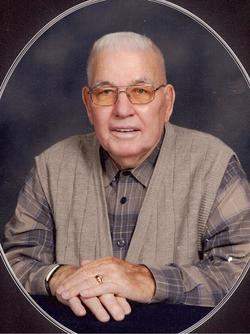 He was preceded in death by his parents; three brothers, Julian, Paul and Kenneth Blagg, and three sisters, Mabel Motley, Betty Jane Blagg and Jean Ghere.

Tom graduated from Arcola High School in 1938; he then farmed with his brother, Kenneth, in the Arcola area until he was 70 years old.

Tom was a member of the Walnut Grove Christian Church. He helped build the current church building many years ago. He served as a Sunday school teacher, Sunday School Superintendent, Deacon, Elder and Trustee.

He served on the Drainage District Commission for several years. He was a director of the Arcola Cooperative Grain Company from 1975 to 1988 and he was on the First National Bank of Arcola Board of Directors from 1974 to 1991. He was also a member of the Arcola Lions Club for 41 years and served as the clubs president from 1974 to 1975. He also served on Citizens’ Advisory Council for our schools and was a member of Arcola Chamber of Commerce. Tom was a Life Member of Arcola Foundation and he was a longtime member of the Douglas County Farm Bureau.

He along with Phil Wesch was honored in 2004 as Arcola Broom Corn Festival Grand Marshals.

He enjoyed Arcola athletics. While he was in high school he played basketball, baseball, football and wrestled. In 2009 Tom received the Honorary “A” given by the Arcola Sports Boosters Club for his support of the student-athletes at Arcola Community Unit District 306. In 2013 Arcola Alumni Association honored Tom as a charter Arcola Distinguished Alumnus.

Memorials may be made to the Walnut Grove Christian Church or the Arcola Lions Club.

To order memorial trees or send flowers to the family in memory of Thomas Blagg, please visit our flower store.