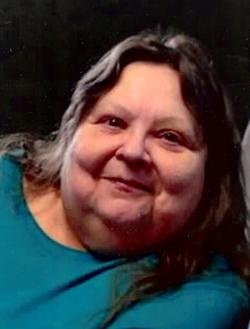 Sherry was born on February 16, 1953 in Mattoon, IL. She was a daughter of Charles and Wanda (Sparling) Ohm. .

She is survived by two sons, Greg Turner of Casey and Matthew Turner and his wife Amy of Hindsboro, IL; three grandchildren, Gabriel, Emily and Olivia Turner; one brother, Charles Ohm of Lerna and three sisters, Mona Bryson and Mavis Flick both of Mattoon, IL and Peggy Niebrugge of Keithville, LA.

Sherry was preceded in death by her parents, one brother, Dennis Ohm and three sisters, Martha Ohm, Dollie Farris and Roxanne Ohm.

Sherry had attended the First Apostolic Church in Mattoon, IL.

She worked as a Licensed Practical Nurse for thirty years.

She enjoyed spending time with her family especially her grandchildren.

A memorial service will be held at a later date. The Edwards Funeral Home is assisting with arrangements.

To order memorial trees or send flowers to the family in memory of Sherry Turner, please visit our flower store.
Send a Sympathy Card