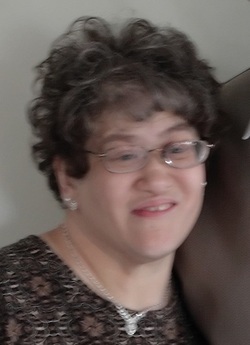 Sharon was a resident of Oakview housing unit in Effingham, IL where she leaves her Oakview staff and family.

Sharon (Bird) was known by all whose lives she touched as a loving, caring and very big hearted person. Sharon loved to sing and dance. One of her favorite hobbies was Karaoke. She was a talented artist and created many memorable paintings for her family and friends. She loved to travel and loved the Holidays including her Birthday. Sharon was known for her quotes which quickly became known as "birdisms".

Sharon graduated from Armstrong Center in Mattoon where she was Prom Queen. Prom Queen included a ride in a limousine. She was employed by ARC Community Support Systems in Teutopolis.

Sharon was preceded in death by her Mother, Lila J. Hogan and her grandparents.

She was a member of the St. Anthony's Catholic Church in Effingham, IL.

Memorials may be made to the Sharon Hogan Memorial Scholarship Fund.


To order memorial trees or send flowers to the family in memory of Sharon Hogan, please visit our flower store.
Send a Sympathy Card