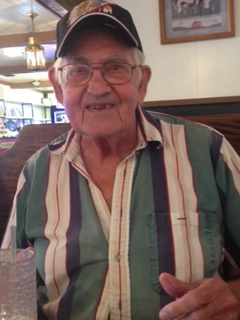 Graveside funeral services will be held at 1:00 P.M. on Thursday, December 3, 2020 at the Arcola Cemetery.  Rev. Kent Conover will officiate.  The Edwards Funeral Home is assisting with arrangements.

Russell served in the U.S. Army at Eielson Airforce Base in Fair Banks, Alaska, before Alaska became a state.

Russell worked as a labor foreman for English Brothers Company in Champaign for 26 years, retiring in 1990.  He was a member of the Laborers Local Union 703 in Urbana, IL.

Russell was an ordained minister, he had been the pastor at the Congregational Bible Church in Ridgeport, IN and was an ordained Cherokee Shaman.  He was a member of the Blue Ridge Band of Cherokee.

Russell enjoyed working on guitars and fiddles, he made parts to repair and refurbish them, and he also enjoyed painting pictures. He was a hard worker and could fix almost anything.  He was a very social person and loved visiting and talking to people.  He was a loving father, grandfather, great-grandfather, brother and uncle who will be missed by all.

His favorite saying was “I’ll see you in the funny pages, I’ll be on the second page.”

To order memorial trees or send flowers to the family in memory of Russell Burch, please visit our flower store.
Send a Sympathy Card