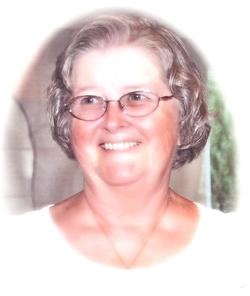 Funeral services will be held at Noon on Tuesday, June 2, 2015 at the Edwards Funeral Home in Arcola, IL. Burial will be in the Arcola Cemetery. Visitation will be from 10:00 A.M. to Noon on Tuesday at the funeral home.

Kaye was born on August 9, 1938 in Marshall, IL. She was a daughter of Fred Granville. and Catherine Lucile (Thompson) Pennington. She married E. Doyle Rardin on May 11, 1955 in Lawrenceville, IL. He passed away on September 27, 2012

She was preceded in death by her parents, her husband, a great-grandson, Adlai J. Schrock, two sisters, Beverly Siverly and Shirley Craig and three brothers, William, Fred T., and Robert Pennington.

Kaye was a member of the Walnut Grove Christian Church in rural Arcola, and the Moose in Charleston.

She had been a bus driver for Slim Manning, diving the Arcola School District route. She later worked at Moore Business Forms of Charleston, IL and retired in April of 1994.

She enjoyed sewing and quilting. She loved her grandchildren very much and spoiled them with special toys. She really enjoyed mowing the lawn.

Memorials may be made to the Alzheimer’s Foundation or to the Walnut Grove Christian Church in rural Arcola, IL.

Kaye’s family would like to extend a special thanks to everyone at Carriage Crossing.

Her family would also ask that everyone familiarize yourself with the signs of Alzheimer’s in order to care and protect all loved ones.

To order memorial trees or send flowers to the family in memory of Ruby Rardin, please visit our flower store.
Send a Sympathy Card