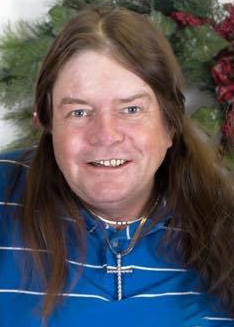 Private services will be held with burial in the Tuscola Cemetery.   The Edwards Funeral Home is assisting with arrangements.

He is survived by four daughters, Ashlee Wehrle of Hammond, IL, Halle Mann and her husband  Benjamin of Tuscola, IL, Whitney Heredia and her husband Yoan of Tuscola, IL and Kelsie Hill & Phillip Fiala of Hammond, IL; six grandchildren, Kylie, Alyssa, Ryan and Tyson Mann and Carmen and Marrissa Heredia; his sister, Jody Hill & Chad Hopkins of Rosamond, IL and her daughters, Lacee and Kaylee.

He was preceded in death by his parents, Ronald Eugene Hill, and Bonnie Mae Tipsword.

Ronnie grew up in Sullivan, IL had worked at Masterbrand in Arthur, IL Cargill, Incorporated in Tuscola, IL and also had worked on the pipe-line.

Ronnie enjoyed riding his bicycle, fishing, going to church, playing with grandchildren, being outdoors, Rock-N-Roll music and was very skilled with nunchucks.

Memorials may be made to Ronnie Hill's Family.

To order memorial trees or send flowers to the family in memory of Ronald Hill, please visit our flower store.
Send a Sympathy Card