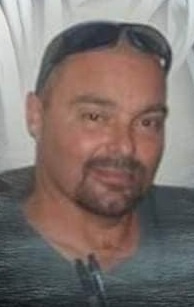 Survivors include his wife, Helen of Humboldt, IL; two sons Ronald J “RJ” Culver and Ryan A. Culver both of Humboldt, IL; three daughters, Tiffany Johnson of Indiana, Erin Nichols of Indiana, and Lauren Vasquez of California; five grandchildren; his father Tom Culver; one brother, Danny Culver and his wife Jackie of Hammond, IN; 2 sisters Merri Culver Sisak of Highland, IN and Dorothy Culver Higginbotham and her husband Brian of Hammond, IN; three half-brothers, Tommy Earl Culver, David Wayne Culver and Kenny Culver and one half-sister, Cathy Culver

He was preceded in death by his mother Dorothy, and one half-sister Linda.

Ron’s favorite pastime was socializing with his friends and family.   He was always willing to lend a hand to anyone who was in need.

To order memorial trees or send flowers to the family in memory of Ronald Culver, please visit our flower store.
Send a Sympathy Card