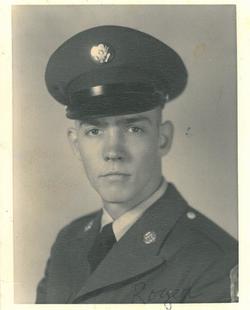 Roger was born in Meredosia, IL on October 31, 1942 to Oda and Vera Lee (Workman) Dawson. He proudly served his country in the Army from October 1962 to January 1965 and was honorably discharged. He was a carpenter for several years and worked on cars.

A memorial service was held in his honor at 2 p.m. on Thursday, April 30, 2015 at Arcola Health Care Center. He was buried at the Danville National Cemetery in Danville, IL.

Roger had been a long time resident of Arcola Health Care Center for the past 24 years. He was widely known for his baseball caps, cigarettes, sodas and car magazines. He had several close friends that came during the same time he did from the Danville V.A. and remained close throughout his life here. Roger often spoke of his hometown, Meredosia.

He was preceded in death by his parents, a brother and sister. He is survived by his brother Lonnie Dawson and a nephew Norm Jockisch.

To order memorial trees or send flowers to the family in memory of Roger Dawson, please visit our flower store.