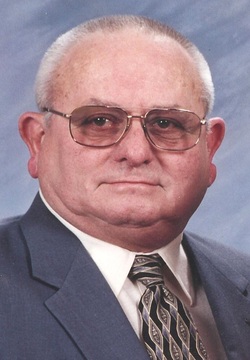 Survivors include three children, Robin A. Mattes and her husband John of Plano, TX, Ronald R. Ryan and his wife Lori of Atwood, IL and Donald W. Ryan and his wife Shari of Middletown, IA; ten grandchildren and one great-grandchild; one sister, Daraleen Davis of Arthur, IL
He was preceded in death by his parents, his wife, Marjorie E. Ryan, one son, Rodney R. Ryan II and one grandson, Scott E. Ryan.

Rodney was a member of Saint John the Baptist Catholic Church in Arcola, IL.

He graduated from Arthur High School in 1953.

Rodney’s lifelong love was farming, which he did for many years. He retired from the US Postal service in 2001 with over 15 years of service.

He was an active member of the Arthur Lions Club and served as Lions Club International District 1E Governor from 2012 to 2013.

In lieu of flowers memorial may be made to the Arthur Lions Club or Saint John the Baptist Catholic Church in Arcola, IL.

To order memorial trees or send flowers to the family in memory of Rodney Ryan, please visit our flower store.
Send a Sympathy Card