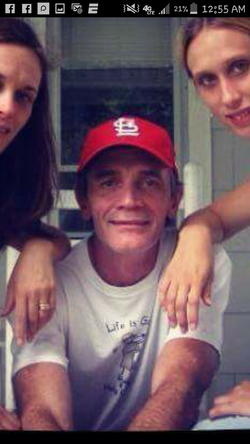 He is survived by his wife, Beverly Hess, two daughters, Dawn Slaughter and her husband Jimmy of Spring Lake, NC, and Jerica Hess and her fiancé Grant Kitchen of Mattoon, IL, eight grandchildren, Clayton, Derek, Donavan, Railynn, Keria, Kadence, Jayden and Exerexe, his mother, Beverley Good, two half-sisters, Meri Lee Overstreet-Bennett and her husband Darrin of Atwood, IL and Loree Hess of Lima, OH, one step brother, Ray Good of Pontiac, IL, one step sister, Tammy Dewey and her husband Byron of Arcola, IL, and a niece and nephew, Autumn and Todd Bennett.

He was preceded in death by his father, Larry Hess, step-father, Merideth Overstreet, and his grandparents.

Bob was a member of the Kemp Church of Christ and a good friend to Bill W. He was an avid golfer and loved the St. Louis Cardinals and the Green Bay Packers.

Bob had worked at the Thomas Monahan Company right out of High School; he then worked at Vesuvius for 28 years.

Memorials may be made to the Sarah Bush Lincoln Cancer Center.

To order memorial trees or send flowers to the family in memory of Robert Hess, please visit our flower store.