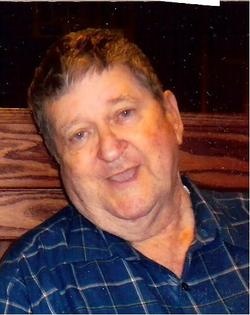 A memorial service will be held at Noon on Saturday, February 14, 2015 at the Edwards Funeral Home, 221 East Main, in Arcola, IL. Rev. Greg Sexton will officiate. A visitation will be held one hour before the memorial service on Saturday at the funeral home. Burial with military rites conducted by the Mattoon VFW Post 4325 will be in the Humboldt Cemetery

Robert was born on February 5, 1936 in Charleston, IL. He was a son of James Leroy and Mary Lucille (Johnson) Craig. He married Lola Fern Harris on March 31, 1957 in Mattoon, IL.

Robert retired from the United States Air Force after serving for twenty-two years and he also retired from Arkwright /Oce’ in Charleston, IL with twenty years of service.

He enjoyed reading, woodworking, yard work and spending time with family and friends especially his grandchildren and great-grandchildren

To order memorial trees or send flowers to the family in memory of Robert Craig, please visit our flower store.