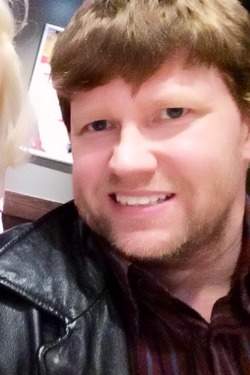 A memorial service will be held at 6:00 P.M. Tuesday, April 15, 2014 at the Central Community Church in Mattoon, IL. Pastor Brad Brown will officiate. The Edwards Funeral Home is assisting with arrangements.

Rob was born on April 19, 1972 in Charleston, IL. He was the son of Robert Joseph and Patricia Ann (Postlewait) Matheny.

Rob was preceded in death by his grandparents, Granvil and Vera Postlewait and Robert and Lois Matheny; his step-father Terry Peterson and an uncle, Gary Postlewait.

Rob was loved deeply and will be greatly missed by his family. Rob was working for R and R General Contractors Inc. of Mt. Zion, IL. He enjoyed fishing, hunting rocks and being with family.

To order memorial trees or send flowers to the family in memory of Rob Matheny, please visit our flower store.