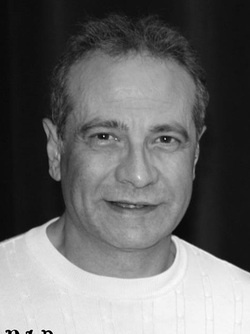 He was preceded in death by his father, grandfather, and grandmothers.

Richard served his community as a Decatur Firefighter retiring with 22 years of dedicated service. During his career he worked at fire stations throughout the city including tours on the Special Rescue Squad and as a member of the SCUBA/Rescue Dive Team. Richard was a respected and valued member of any crew he was assigned to, and was known for his positive attitude, sincerity and dedication. Among his fellow firefighters he was affectionately known as the “Caveman”.

He enjoyed fossil and shell hunting, boating, and scuba-diving. Richard also enjoyed music in all forms including playing guitar, listening and dancing. He was inventive, artistic and creative and enjoyed learning new things through reading, watching and doing. Richard used these natural gifts and abilities to make things easier and better for others. More than anything, he was known for his generosity and compassion towards all. He deeply cared for, and helped others who were in need without reservation or expectation.

He was a one-of-a-kind guy and we will never again meet another Richard Elliott. He amazed many he met with his vast knowledge of things most of us would have no clue about. He had a smile that came from deep within which was always followed by a strong hug.

Richard’s life was centered on his family and he relished the time he spent with his children, grandchildren and extended family. He loved and felt deeply about those near him and had the ability to let them share these emotions. He will be greatly missed by all who had the privilege to know him!

Memorial may be made to Maranatha Assembly of God.

To order memorial trees or send flowers to the family in memory of Richard Elliott, please visit our flower store.
Send a Sympathy Card