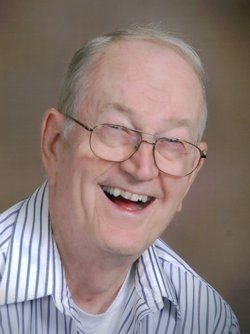 Funeral services will be held at 11:00 A.M. on Thursday, January 12, 2017 at the Immaculate Conception Catholic Church in Mattoon, IL. Father John Titus will officiate. Burial will be in the Arcola Cemetery. Visitation will be held two hours prior to the funeral from 9:00 A.M. to 11:00 A.M. on Thursday at the church. The Edwards Funeral Home is assisting with arrangements.

Richard Joseph Conlin was born on September 18, 1937 in Mattoon, IL. He was a son of Peter James and Helen Marie (Moran) Conlin Sr.

He was preceded in death by his parents, one brother Peter James Conlin Jr., one sister Patricia Hogan and one nephew, Tom Hogan.

He was a member of the Immaculate Conception Catholic Church in Mattoon, IL, Knights of Columbus in Mattoon and the Coles County Farm Bureau.

Richard was the youngest of three children. He grew up on a farm in rural Arthur, IL. He was a 1955 graduate of Arthur High School. After graduation he farmed with his father and Big Joe Conlin. He also worked in the shipping and receiving department at Progress Industries in Arthur, IL. In 1968 he became a driver’s license examiner until 1971; he then sold cars until 1974. After selling cars, Richard took a job at Walt Disney World in Florida where he worked as a tour guide on The Jungle Cruise until 1979. After moving back to Illinois he farmed and served as an entertainer/comedian at Lincoln Land Amusement Park in Effingham, the Cross-County Mall in Mattoon and several other local establishments. He spent many winters in Scotts Dale, AZ where he had the opportunity to be a stand-up comedian. In 1983 During the Chicago Cubs spring training in Mesa, AZ Richard got to meet and imitate Harry Carry on WGN radio.

Richard touched the hearts of many people with his friendly smile and keen since of humor. He was always able to bring a smile to many faces by doing his famous John Wayne imitation.

Memorials may be made to the Immaculate Conception Catholic Church, Mattoon Knights of Columbus, Catholic Charities or St. Jude Children’s Research Hospital.

To order memorial trees or send flowers to the family in memory of Richard Conlin, please visit our flower store.