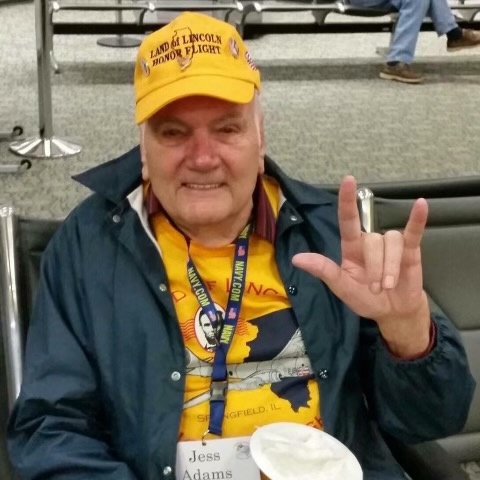 Funeral service will be held at 1:00 P.M. on Sunday, January 10, 2021 at Penn Station, 122 East Progress St., Arthur, IL.  Rev. Randy Walters will officiate.  Burial with Military Rites conducted by the Arcola Honor Guard will be in the Oak Grove Cemetery in Rural Oakland, IL.  Visitation will be held two hours prior from 11:00 A.M. to 1:00 P.M. at Penn Station.  The Edwards Funeral Home is assisting with arrangements.  Please observe all social distancing guidelines and the family requests you to wear a mask.

He was preceded in death by his parents, his first wife, one daughter, Debbie Hillis, one grandson, James Pyles, four brothers, Audy, Robert, Leonard, George and one sister, O’Dell.

Jesse was a parts man at Hutton Parts Service in Charleston, IL for many years and also at King Brothers in Arcola, IL.

Jesse also served as the Assistant Goat Superintendent at the Illinois State Fair for 28 years and he was a 4H judge for electric and mechanical projects for several years.

He enjoyed gardening, fishing, hunting, target shooting, camping, playing cards and he had preached at many weddings and many more funerals.  Jesse never turned anyone away that needed help.

Memorials may be made to the Arcola VFW Post 7862 or to Lincolnland Hospice.

To order memorial trees or send flowers to the family in memory of Rev. Jesse Adams, please visit our flower store.