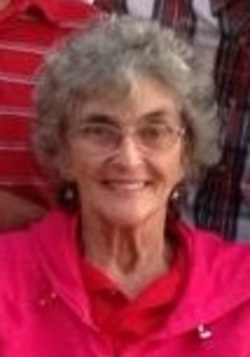 Becky was born on September 26, 1940 in Terre Haute, IN. She was a daughter of Robert William and Josephine (Walker) Carr. She married H. Dale Rhoads on October 26, 1958 in Marshall, IL.

She is preceded in death by her parents.

Becky was a member of the Civil Air Patrol. She was a 4-H leader with Grandview Pioneers of Edgar County.

She had been a reporter for many local newspapers having served as a feature writer and photographer.

Becky enjoyed knitting, playing the piano, teaching others to play the piano and she was a professional photographer.

A celebration of Becky’s life will be held at a later date. The Edwards Funeral Home is assisting with arrangements.

Memorials may be made to the Sarah Bush Lincoln Health Center Cancer Foundation.


To order memorial trees or send flowers to the family in memory of Rebecca Rhoads, please visit our flower store.
Send a Sympathy Card