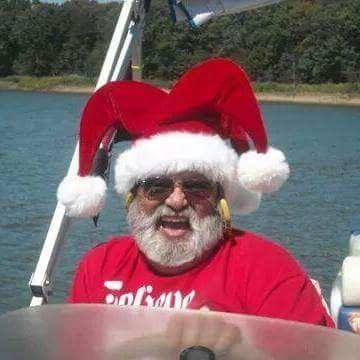 Ray was born on January 15, 1949 at Kirby Hospital in Monticello, IL to Kennie and Peggy (Koebel) Harned. He married Becky Hendrickson on October 15, 1983 in Arthur, IL.  She survives.

He was preceded in death by his parents, a daughter-in-law, Jamie Harned and a brother-in-law, Kent Taylor.

Ray was an Air Force Veteran of the Vietnam War, having served from 1968-1972, traveling and working on C -130 planes.  He retired from Cabot Corporations in Tuscola, IL after 35 years in maintenance and as a chemical worker.

Ray enjoyed playing Santa in his younger days, boating, especially in the Ozarks, watching NASCAR and general hospital, spending time with his family, and playing with his dog Maggi.

To order memorial trees or send flowers to the family in memory of Ray "Rolly" Harned, please visit our flower store.