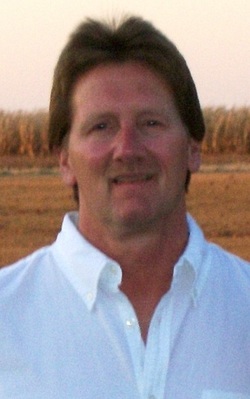 Randy was preceded in death by his parents.

He was a member of the Kaskaskia Country Club, the Moose in Tuscola, IL and he attended the Victory Church in Camargo, IL.

He was a 1977 graduate of Arcola High School. He worked at A.C. Humko in Champaign, IL for 25 years, starting out as a laborer and worked his way up to supervisor and manager. He most recently has worked at Cabot Corporation in Tuscola for the past 8 years.

Randy was an avid golfer. He liked to ride his Harley Davidson. He was a big sports fan; he called himself a “Cola Fan” he liked both Arcola and Tuscola athletics. He always cheered on the Illini and he was a St. Louis Cardinal fan.

Whether you knew him as “Alvie” or just Randy you knew that he enjoyed life to the fullest.

Spending time with his friends and especially his family was what he enjoyed the most.

Memorials may be made to the American Cancer Society or the Andy McGillan Scholarship Fund.

To order memorial trees or send flowers to the family in memory of Randy Gibson, please visit our flower store.
Send a Sympathy Card