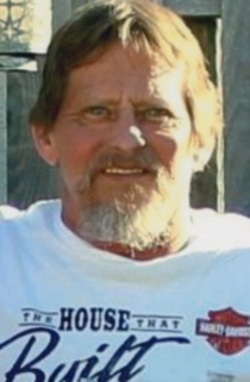 He is survived by his wife, Lisa of Arcola, IL, three children, Heather Tolen and her husband Andrew of Trilla, IL, Josh Rogers and his wife Chelsea of Decatur, IL and Sydnee French of Arcola, IL, six granddaughters, Aliyah, Taylor, Kaylee, Ashton, Linden and London, his mother Linda Chaney of Mattoon, IL, one brother, Jeff French of Charleston, IL, two sisters, Angie Ritter and her husband Tim and Pam Beals and her husband Mike all of Mattoon, IL, his father-in-law, Ervin Crist and his wife Bev of Arthur, IL and several nieces, nephews and in-laws.

He was preceded in death by his father, Larry French who died when Randy was 5 years old, his step-father, Herb Chaney who raised Randy from a young age, one granddaughter, MaKenzee Jo Rogers and his mother-in-law, Judy Crist.

He was the happiest when he was hanging out in his garage. He enjoyed fishing, hunting, shooting, re-storing his Harley and watching NASCAR. His favorite motto was “It’ll Be Alright!” He loved spending time with his granddaughters, whom they affectionately called “Papa Randy”.

In Lieu of flowers memorials may be made to Randy’s family.

To order memorial trees or send flowers to the family in memory of Randy French, please visit our flower store.