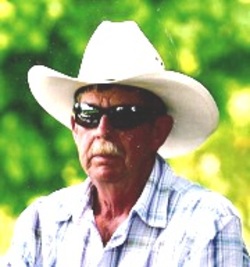 Randy Dale Carter, 60, of Arthur passed away on December 26, 2014 in his home. We lost a husband, father, brother, papa, and friend and our lives will never be the same.

Randy was born April 18, 1954 in Tuscola, Illinois to Johnnie Rondell and Lear Truvel (Jent) Carter. He spent his childhood charming old and young alike. He worked hard from a young age and fell for and married the love of his life Cynthia “Minde” Carter on June 24, 1972. His children were his greatest joy, before, of course, they made him a grandpa.

Randy was a loyal employee of both Traxler’s and Tri-County Redi-mix for a combined twenty five years. For the past 17 years he has been a faithful employee of Masterbrand Cabinets. He spent the past three years dedicating his spare time working at the Village of Arthur. All were lucky to have him.

Known as “Papa” to all of his favorite people, Randy spent most of his free time with family, friends, and all of his “kids”. From cook-outs to traveling, camping and scooter-rides, to naptime, anywhere, as long as a grandbaby was in his arms. He was a craftsman, a man’s man, a man of many talents, but was hopelessly devoted to his best friend, and wife of 42 years.

Though he left a void that we will never fill, we are so lucky to have spent so many incredible years loving such a wonderful man.

To order memorial trees or send flowers to the family in memory of Randy Carter, please visit our flower store.