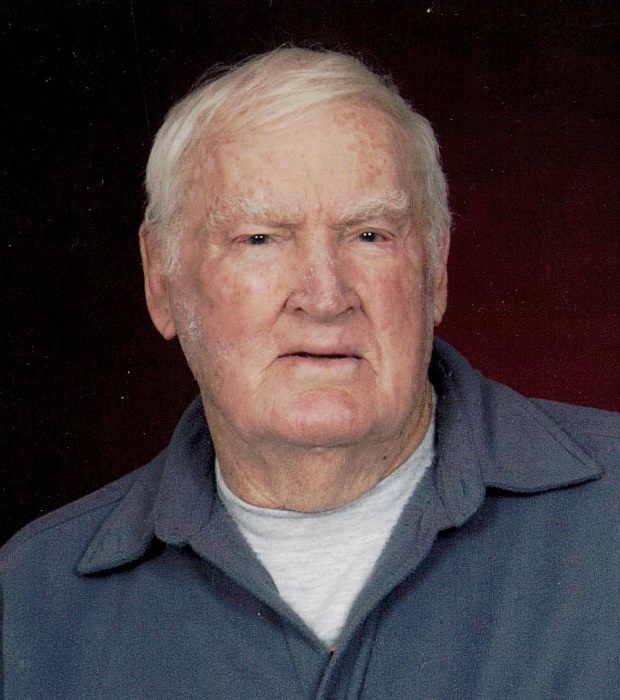 Funeral services will be held at 2:00 P.M. on Wednesday, December 19, 2018 at the Walnut Grove Christian Church, 12930 E CR 1700 N, Arcola, IL.   Rev. Steven Stern will officiate.   Entombment with military rites will be in the Mound Cemetery in Charleston, IL.   Visitation will be held from 12:30 P.M. to 2:00 P.M. on Wednesday at the church.  The Edwards Funeral Home is assisting with arrangements.

He was preceded in death by his parents; three brothers: Dick, Don and Jim Dare.

Ralph went to work for the New York Central Rail Road when he was 15 years old, working on the “section gang”.   He was a Navy Veteran of WWII.  He enlisted when he was 17 years old and served on the U.S.S. Norman Scott/Destroyer.  He was in the Navy for 2 years.   When he got out of the Navy he went to work for Garwood Industries in Mattoon, IL running a big precision saw.

After marring Virginia, Ralph worked with Virginia’s dad, Omar Swango, to get his start in farming.  They eventually moved to a place between Oakland and Hindsboro called “Nip and Tuck”.    Ralph raised cattle, farmed and he was also a rural route mail carrier in the Oakland area for 18 years.  After he retired, he and Virginia moved back to the old home place on Route 130; they later moved to Charleston.

He had a love of flying and once owed his own plane.   He taught himself to play the fiddle as a youngster and through the years he mastered other stringed instruments.

Memorials may be made to St. Jude Children’s Research Hospital.

To order memorial trees or send flowers to the family in memory of Ralph Dare, please visit our flower store.