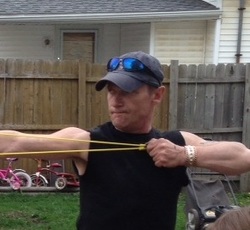 Visitation with memorial services to follow will be held from 6:00 P.M. to 8:00 P.M. on Wednesday, July 30, 2014 at the Edwards Funeral Home in Arcola, IL.
Rev. Ivan Jess will officiate. Memorials may be made to the family.

He was an avid student of Revolutionary War and Civil War history. He recently took up archery and enjoyed spending time with family and friends.

To order memorial trees or send flowers to the family in memory of Phillipp Davis, please visit our flower store.