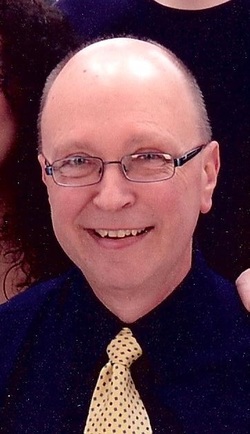 Phil was preceded in death by his parents and one brother, Wayne Schrock.

Phil loved his family, church family, community, and serving the Lord. He was passionate about sharing a merciful God, full of love. Mundane chores at home came far behind his priority of spending time with his children and grandchildren. Yet, his great love for his kids was outweighed by his love for his wife, to whom he was fully devoted. Even so, his greatest love was for his Lord Jesus. Fueled by his deep desire to know God, Phil was an avid reader of scripture and books on having a relationship with the Father. When meeting Phil for coffee or a meal, he would greet you after looking up from his latest bookstore find. But even his study could be interrupted by anyone, if there was a chance that the meeting might be an opportunity to share Jesus. His many responsibilities included working for DMH as an LPN at different doctor’s offices, of which Dr. Brian Yocks’ office was the most recent, and serving as senior pastor of Cornerstone Fellowship church in Arthur, which he founded in 2001. Above all, this husband, father, pastor, worship leader, pianist, friend and mentor served his Lord with his whole heart, and is, even now, enamored with the One whom he spent his life serving.

Memorials may be made to Cornerstone Fellowship of Arthur, IL

To order memorial trees or send flowers to the family in memory of Philip Schrock, please visit our flower store.