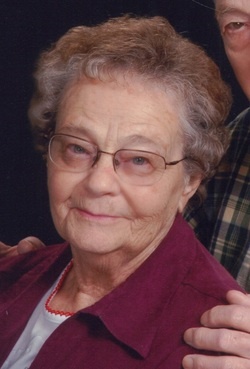 Visitation will be held from 5:00 P.M. to 7:00 P.M. on Monday, April 4, 2016 at Glad Tiding Church, 500 S. 27th St. in Decatur, IL. Funeral services will be held at 11:00 A.M. on Tuesday, April 5, 2016 at the Glad Tidings Church. Pastor Matt Samuels will officiate. Burial will be in the Graceland Cemetery in Decatur, IL. The Edwards Funeral Home is assisting with arrangements. Memorials may be made to the donor’s choice.

Peggy was born on February 7, 1931 in Macon County, IL. She was a daughter of James and Edith (Myers) Wilkinson. She married Ronald Dean Atkins on April 9, 1950 in Decatur, IL.

Peggy worked for the Decatur Public School District and ARA Cafeteria for over 30 years where she served as a manager in the cafeteria. She was a lifetime member of the Eldorado School PTA. She was a member of the Glad Tidings Church where she volunteered as a greeter, helped with the Food Cart and also served on the Bulletin Babes Team.

Her greatest joy in life was spending time with her family.

To order memorial trees or send flowers to the family in memory of Peggy Atkins, please visit our flower store.