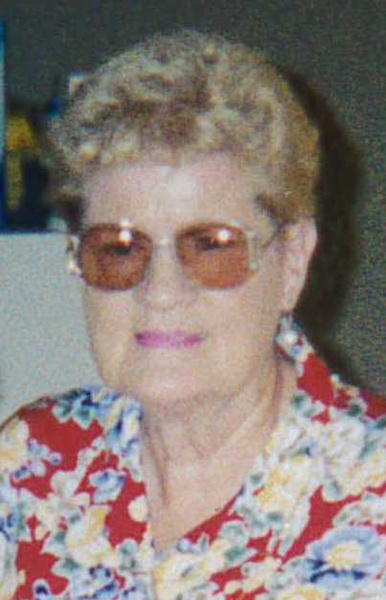 Funeral services will be held at 11:00 A.M. on Tuesday, January 21, 2020 at the Edwards Funeral Home in Arcola, IL.   Burial will be in the Arthur Cemetery.   Visitation will be one hour prior to the funeral on Tuesday at the funeral home.

Polly is survived by a brother-in-law, Don Key of Chesterville; sister-in-law, Janet Russell of Arizona and several nieces and nephews.

She is preceded in death by her parents, husband, eleven brothers and three sisters.

Polly worked at Progress Industries for sixteen years and later at the Arthur Casket Company.   She also helped care for Sally Hayes in Arcola for several years.

Polly was a member of the Arthur Southern Baptist Church.

She enjoyed quilting and crocheting.   She was a great candy maker and baker; cinnamon rolls were one of her specialties.   She also raised a garden and canned a lot; freezer-slaw, relish, green-beans, tomatoes and corn just to name a few.   Polly’s greatest joy was being around her family and friends.

To order memorial trees or send flowers to the family in memory of Pauline Compton, please visit our flower store.