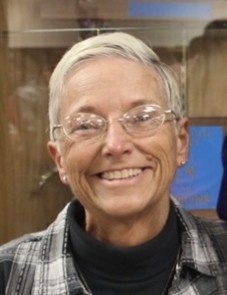 Private family service will be held at a later date.  The Edwards Funeral Home is assisting the family.

She was preceded in death by her parents, her husband Bill Jennings and one sister, Saundra Davis.

Paula was a 1967 graduate of Mattoon High School and later graduated with her associates degree from Lake Land College.

Paula worked as a bank teller at Arcola First National Bank, First Mid Bank in Mattoon, she also later worked as a secretary for The Upchurch Group in Mattoon and later as a claims representative for Blue Cross Blue Shield

Paula was an avid bowler at the Embassy Lanes and enjoyed knitting and crocheting.

To order memorial trees or send flowers to the family in memory of Paula Jennings, please visit our flower store.