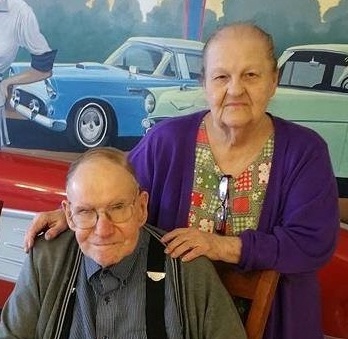 Graveside funeral services will be held at 11:00 A.M. on Monday, December 17, 2018 at the Arcola Cemetery.   Rev. Brent Budd will officiate.   The Edwards Funeral Home is assisting with arrangements.

He was preceded in death by his parents, his wife, and one sister, Alma June Bowen.

Morris was a member of the First Christian Church of Arcola, IL.

He had worked for Blimp Miller and Arcola Auto Parts, and he sold trash barrels from his home in Chesterville.

Memorials may be made to the Arcola First Christian Church.

To order memorial trees or send flowers to the family in memory of Morris Stern, please visit our flower store.
Send a Sympathy Card