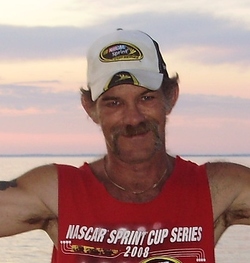 
A graveside cemetery service will take place on Thursday, September 1, 2016 at 1:00 P.M. in the Danville National Cemetery in Danville, IL. Military Rites will be conducted by the Danville American Legion Post 210. The Edwards Funeral Home is assisting with arrangements.


Michael was born on January 1, 1963 in Tuscola, IL. He was a son of Chester and Virginia (Bruner) Embry. He marries MaryAnn Schubert on September 2, 2015 in Toledo, IL.


He was preceded in death by his parents.


Michael was an Army Veteran; he served in the Military for ten years, from 1982 to 1992. While in the Military he was a Parachute Rigger for nine years, and had completed 1000 jumps.


After the Military he worked as a supply tech at UN Lear Services in Fort Drum, NY for ten years. He later worked at Lester Building Systems in Charleston, IL for several years from 2005 to 2013 as the lead trim and the lead framer.


Michael enjoyed woodworking, fishing, NASCAR, spending time with family and friends and he was an avid Dallas Cowboys fan.

To order memorial trees or send flowers to the family in memory of Michael Embry, please visit our flower store.