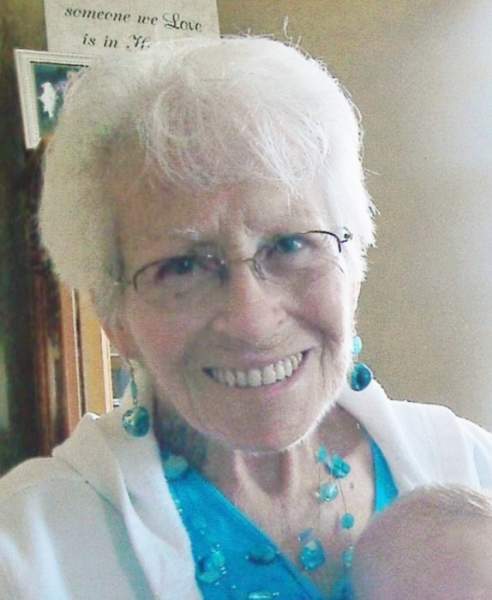 Funeral services will be held at 7:00 P.M. on Wednesday, September 20, 2017 at the Edwards Funeral Home, 221 East Main St. in Arcola, IL.  Burial will be held in the Roselawn Cemetery in Charleston, IL at a later date.  Visitation will be held one hour prior to the funeral.

Merna was born on March 19, 1936 in Mattoon, IL.   She was a daughter of Robert L. and Marion F. (Newman) Morgan.  She married Gus Phipps in 1954 in Cornith, MS.   She later married Sam Kelly in 1980 in Charleston, IL, their marriage ended when Mr. Kelly lost his battle with Pulmonary Fibrosis in 1984.  She then met and married the love of her life, Carl Gilbert in 1988 in Charleston, IL.  He lost a hard-fought Battle with multiple Myeloma Cancer in 2003.

She was preceded in death by her parents, three husbands, one brother, Stanley Morgan, and two sisters, Leta Oakley and Daisey Moss.

Merna had worked at the Brown Shoe Factory in Charleston, IL for several years.  She later worked at Universal Scientific and U.S. Rubber in Princeton, IN.  She retired in 1999 from The Odd Fellow Rebekah Home in Mattoon, IL as an activity aid for the Harmony Center.

She enjoyed craft working, collecting Angel Dolls and she was an expert Marksman at area Schutzenfest, but most of all, her favorite thing to do was to spend time with her grandchildren and great-grandchildren who all loved their “Nanny”.

In lieu of flowers memorials may be made to Carle Hospice.

To order memorial trees or send flowers to the family in memory of Merna Gilbert, please visit our flower store.