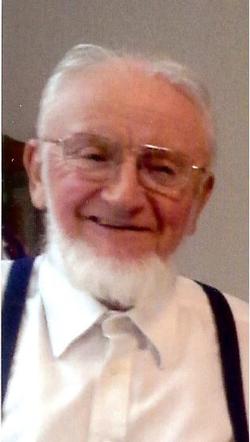 Menno was preceded in death by his first wife Alma, one son Willard, his parents, one brother, Levi, a brother-in-law, Harvey Miller and a sister-in-law, Ann Kuhns.

He was called to the ministry at 26. He was active in this capacity for 61 years. He had great joy in being an active part in the lives of his grandchildren and great-grandchildren. Bible Schools and young people were close to his heart. He spent 40 years teaching at various Bible Schools. He especially enjoyed this past year's harvest working with his family. His desire was to "wear out and not rust out." The family wishes to thank all those who helped us in this time of grief.

Memorials can be made to St. Jude Children’s Hospital.

To order memorial trees or send flowers to the family in memory of Menno Kuhns, please visit our flower store.
Send a Sympathy Card