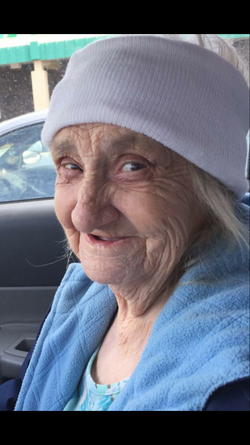 A grave side service will be held on Wednesday, July 6, 2016 at 11:00 A.M. in the Arthur Cemetery. The Edwards Funeral Home is assisting the family with arrangements.

Maxine was born on February 11, 1935 in Red Boiling Springs, TN. She was a daughter of Coy Leon and Daisy Mae (Vinson) Harlin. She married William L. Collins on August 15, 1957 in Sullivan, IL. He preceded her in death.

She was preceded in death by her parents, her husband, one son, Tony Harlin, one daughter, Sheila Collins, one sister, Shirley Maddox and two brothers, L.D Harlin and JT Harlin.

Maxine enjoyed crosswords and she loved her grandchildren.

Memorials can be made to the Edwards Funeral Home to help with funeral expenses.

To order memorial trees or send flowers to the family in memory of Maxine Collins, please visit our flower store.
Send a Sympathy Card