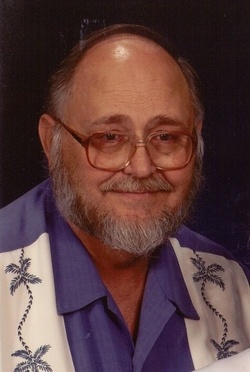 He was preceded in death by his parents, his wife, one brother (Jackie Shaw), and one sister (Joyce Voltenburg).

Max was a member of the First Church of the Nazarene in Arcola, IL where he served as the Sunday school superintendent for many years. He was active in several projects at the church. Max and Kathleen gained many friends, much comfort, and lots of fond memories through their association with the church.

Max worked in various jobs in his life but is best known as the guy who supplied grape jelly to the neighborhood kids. He went to work at Kraft on February 14, 1968 and moved to transport to become an over-the-road truck driver in 1972 where he recorded over two million miles. Kraft gifted product to their employees which he happily shared with the neighbors.

Max enjoyed John Wayne movies, Green Bay Packer football, and St. Louis Cardinal Baseball. He was able to attend baseball playoffs and a World Series after moving to the St. Louis, MO area. He had a great sense of humor and loved to tease those he cared about.

To order memorial trees or send flowers to the family in memory of Max Shaw, please visit our flower store.
Send a Sympathy Card