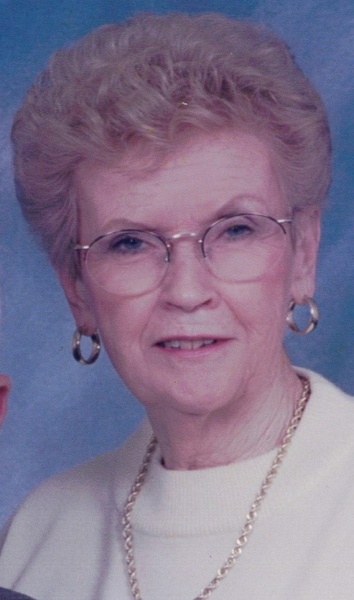 Visitation will be held at the Edwards Funeral Home from 10:00 A.M. to 12:00 P.M. on Saturday, November 3, 2018.  Funeral services will be officiated by Rev. Brent Budd immediately following the visitation.  Burial will be in the Arcola Cemetery.

Survivors include her son, Kim Wingler and his wife Mindy; two granddaughters, Stacie Borngrebe and her husband Kyle, and Aly Wingler; two great-grandchildren, Emma and Clay Borngrebe all of Grove City, OH; her twin sister, Judy Sampson and her husband Fred of Arcola, IL; several nieces, nephews, and many good friends.

She was preceded in death by her parents, her husband Harold, and two brothers, Jack and Max Brandenburg.

Mary Lou was a member of the First Christian Church of Arcola, IL.   She was also a member of the Kaskaskia Country Club where she enjoyed playing golf.  Mary Lou worked for the Douglas County Farm Bureau and the Federal Land Bank.   She retired from Okaw Truss in Chesterville, IL with over sixteen years of service.

Memorials may be made to the First Christian Church of Arcola, IL.

To order memorial trees or send flowers to the family in memory of Mary Cummins, please visit our flower store.