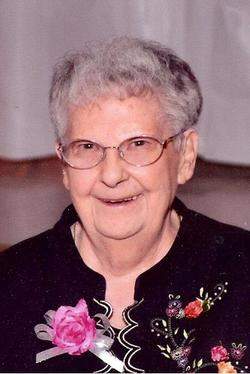 She is survived by one brother, Carol Pullen of Monmouth, IL; one sister, Doris “Dory” Edwards of Arcola, IL; a step-daughter, Marquitta Mulroney of Arcola, IL; several nieces and nephews and step-grandchildren.

Martha had worked for Civil Service in Urbana, IL right out of High School. She also worked for the National Broom Corn Manufactures Association at the Record Herald in Arcola, IL. In 1961 she went to work for the City of Arcola and retired in 1979.

Martha was a member of the Arcola United Methodist Church.

She was also a member of the Ladies Auxiliary to the Arcola Veteran of Foreign Wars.

She enjoyed playing Bunko and spending time with family and friends, and she was an avid Purple Rider and Illini fan.

Memorial may be made to the Arcola United Methodist Church Choir or the Arcola Sports Boosters.

To order memorial trees or send flowers to the family in memory of Martha Herrington, please visit our flower store.