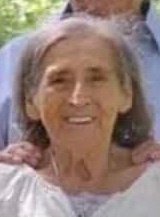 Maria was born on November 10, 1940 in Juarez, Mexico.  She was a daughter of Manuel and Evelina (Garza) Rodriguez.  She married Pedro Becerra in May of 1958 in Cadereyta, Mexico.

She was preceded in death by her parents, 2 brothers, Daniel and Alfredo and 1 sister, Guadalupe.

Maria was a member of the St. John the Baptist Catholic Church in Arcola.  She worked at Libman Broom Company for over 35 years, retiring at the age of 63.

Maria loved to cook, tamales being one of her specialties.  She was always ready to help anyone in need and she always had a smile.

Memorials may be made to St. John the Baptist Catholic Church or to Maria’s family.

To order memorial trees or send flowers to the family in memory of Maria Becerra, please visit our flower store.