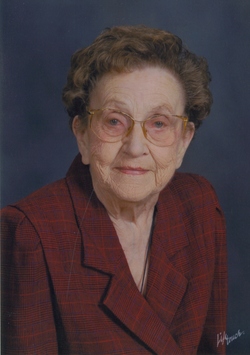 Lucille was born on August 24, 1930 in Johnson City, IL. She was a daughter of Oscar and Iley Williamson. She was married to Robert Gale Higgenson. He preceded her in death. She later married William Edward Bickel. He passed away on February 7, 2004.

She was preceded in death by her parents, her two husbands, one brother Donald Williamson, one infant sister Wilma Williamson, and an infant brother.

Lucille worked as a bookkeeper for several years and she and her husband Bill also worked together as Inn Keepers for many years.

Lucille was a member of the American Legion Auxiliary, Lawrence Riddle Unit #88 of Mattoon, IL; where she once served as President. She was also a member of the Arcola United Methodist Church.

Back in the day, Lucille enjoyed attending dances and playing cards with her husband Bill and her in-laws Jr. and Charlotte Bickel and Dick and Phyllis Vogel and get-togethers with her sister Evelyn and her husband Wayne Livesay. In more recent years, she enjoyed serving and socializing with fellow members of the American Legion Post and Auxiliary and playing Bingo.

Before her husband Bill passed away, they were almost inseparable and they especially loved to spend time with their family. Over the years, Lucille also had some special dogs that she loved like they were her children.

Memorials may be made to the Arcola United Methodist Church or the donor’s choice.

To order memorial trees or send flowers to the family in memory of Lucille Bickel, please visit our flower store.